We will start with a conversation on where we’re at after a year under the Biden Administration and identify issues together that we believe the Administration and/or Congress can work on. Then we will write letters together. Give yourself an hour to help make a difference!

LED BY FAITH TO WORK FOR JUSTICE 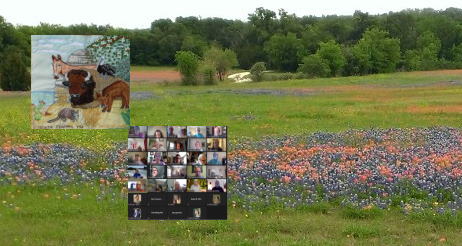 Read the details for 2022 Sessions before registering

The time for action is upon us! This was Spirit’s message for us as Cielo Grande Quarterly Meeting began to consider the theme for Yearly Meeting 2022. How then to act upon this message? Surely, our faith must lead us. That was the course of discernment that gave us the theme for this year’s Yearly Meeting: Led by Faith to Work for Justice. We envisioned our program as both hearing from Friends and others, young and old, near and far, about the relationship between their faith and activism and learning about and discussing the tools that we use to realize and support these leadings to work for justice.

In our week of events, we wanted to give preference, when possible, to young people, people of faith (not necessarily Quakers), people of color, and also, if possible, to those who are active in the area of South Central Yearly Meeting.  To that end, we will hear from activists working to abolish the death penalty, activists for indigenous rights, and climate and environmental activists. We invite all Friends to tell us about the paths that they have traveled in their work for justice and to share what tools and support have worked for them.
Kallan Benson, will be with us online and in-person as our keynote panelist and giving two workshops. Kallan is 18 years old and has been an environmental activist since the age of 9. She has been involved in issues involving the local environment in her Chesapeake Bay home area, and she has been involved in climate change activism. She is the US national coordinator for Fridays for a Future, which was started by Greta Thunberg to organize school strikes to advocate for climate justice, and she founded Parachutes for the Planet, an international community art program (active now in over 70 countries) to raise awareness of climate change.
​     Her activism helped get fracking banned in Maryland and restrict fossil fuel dependence there and in the District of Columbia. She was co-recipient with Greta Thunberg of the UN’s Champions of the Earth Award, which she refused and offered back to the assembled world leaders to earn for themselves.
Kallan will participate in the keynote panel along with her mother as they discuss the influence of their Quaker faith and the role of their family life in their work for climate justice.

If you would like more information, please leave a message at
210-945-8456 or write us on Facebook.
We will get back to you.