Petronella Clark: “A Brief Description And History of the Quakers”

Written for the website of the Street Quaker Meeting, Somerset, England

The Religious Society of Friends evolved in mid-seventeenth-century Britain during a time of immense social, political, and religious upheaval : the Civil War, the republican era of Oliver Cromwell’s Commonwealth, and the Restoration of the monarchy. Of the many off-shoots of Christianity arising then, Friends were perhaps the most hardy, due mainly to the inspiration of, and organisation by, the charismatic George Fox. (The nickname “Quakers” was earned by their “quaking” when moved by the Holy Spirit.)

Because any deviation from the Established Church was seen as a threat to the state by the authorities, early Friends were subjected to much prosecution; George Fox was himself imprisoned eight times, and many others were not only imprisoned (where some of them died) but had their property and means of livelihood confiscated. However, this persecution served only to strengthen the fledgling church, and resulted in the Quaker traditions of “speaking Truth to Power” and the assertiong a moral obligation to oppose immoral laws.

Early Friends (like the early Christians) were awaiting the imminent Second Coming. They dispensed with many of the “outward signs” of mainstream Christianity, such as baptism, creeds, communion, and an ordained priesthood, and, when allowed to do so, built multi-purpose “meeting houses” as places for worship instead of sacred “steeple houses”. They believed in the ability of each person to know God directly, without the intercession of a mediating clergyman, and the keystone of Quakerism has become their belief in “that of God in everyone”, the Inward (or Inner) Light. They met quietly together to worship God, sitting in silence until one of them felt “moved”to stand up and speak words believed to be God-given, or to kneel and pray.

Charles II had borrowed money from Admiral Penn, and repaid it by granting a large tract of land on the Eastern Seaboard of North America to the Admiral’s son William, an early, and aristocratic, Friend; this became Pennsylvania, where persecuted Quakers could start a new life, and many did so.Later, groups of Quakers moved westwards, and no longer followed all the principles brought from Britain, most notably in that many became “pastoral Friends” employing paid ministers, and introducing hymns, prayers, even sermons, into their “programmed” meetings for worship. These pastoral Friends have been more active in proselytising than the “traditional” Friends, sending missionaries to South America and East Africa where they have many converts. Quakers in South Africa, however, are of the traditional variety.

Although Quakers have no creed, and therefore no formalized statement of belief, they do have “testimonies”, a set of guiding principles. Historically, and especially during the period of “Quietism”, the testimonies formed the poles in a palisade between the Society of Friends and “the World”, but gradually some, such as those of Plain Dress and Plain Speech, have been dropped, so most Quakers no longer wear a distinctive “grey” nor use “thee” and “thou”, nor are Friends “disowned” for “marrying out” and for bankruptcy. The basic Quaker testimonies nowadays are, to quote Weening [1997] : “truth, equality, peace, simplicity and community.”

3) Quakers around the World 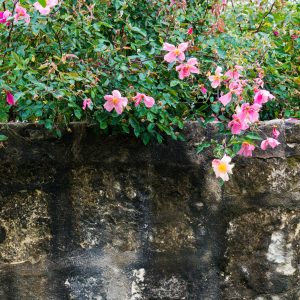